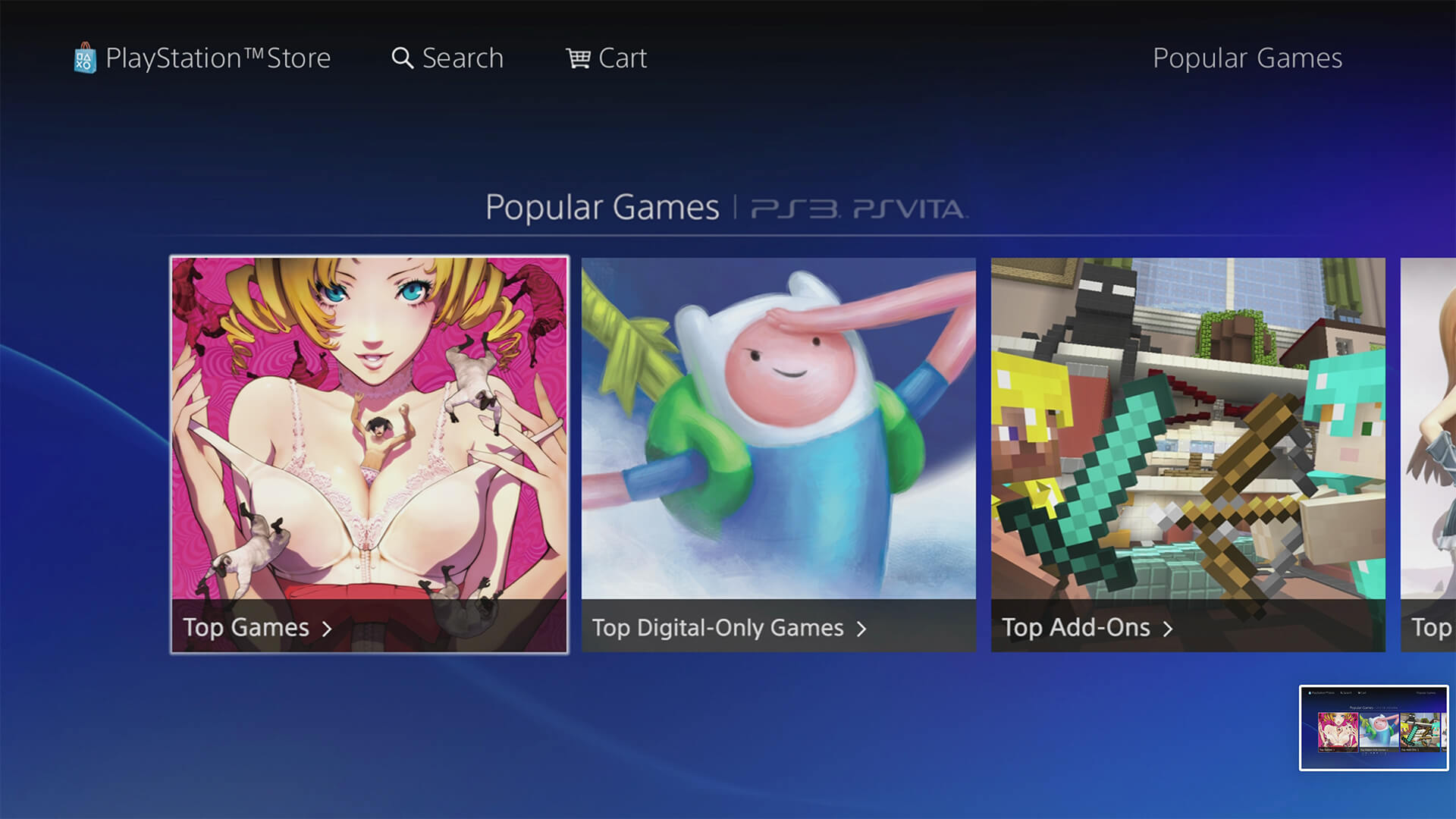 With the news that Sony is closing their online stores for the PlayStation 3, PS Vita, and PSP, we thought that today we would take a look at some of the best games you need to buy before they disappear. Some of these can be purchased physically, but you will be spending a lot of money to get them! So, it is best to get them now while you can for a reasonable price.

First up we have the Power Stone Collection. This features both Power Stone games which are awesome arena fighting games, but with extra content, sharper graphics, and better performance. This was released physically on the PSP, but the Vita version was digitally only. So, once it is gone, it is gone for good so get it now while you can.

For many people, Persona 4 Golden is the best game that was released for the PS Vita. This is an updated version of the PlayStation 2 classic and it improves it in every way you could imagine. It is a tremendous RPG with a great story, interesting characters, and a fun combat system. This can be found physically, but the price is just getting higher and higher and it will go up even more once the PS Vita store closes!

Uncharted: Golden Abyss is one of the stand out titles for the PlayStation Vita. It showed just how powerful the system was and it was a damn fine Nathan Drake adventure in its own right. Prices for the physical version are starting to climb so it is best to add this one to your digital library now while you can.

The original Jet Set Radio was a smash hit on the Dreamcast, but the version we are looking at is the HD remaster of the PS3 and PS Vita. This has better graphics, better sound, and tighter controls too! Once the PlayStation digital stores close for the Vita and the PS3, there will be no way for you to get this game as it was never released physically!

It is pretty crazy to think that Metal Gear Solid 4: Guns of the Patriots managed to wrap the story up! This is a tremendous game and this is one digital game that you have to get now before it is too late! Even if you do not plan on playing this game right away, having it on your PS4 ready for a rainy day is the way to go.

Soul Calibur 2 was already an awesome game, but Soul Calibur 2 HD Online is the best way to experience this 3D one on one fighting game. It features the bonus characters from both versions. It has much better graphics and it runs at a solid frame rate too. This one was never made physically so when it is gone from the store, it is gone for good!

The only way to play Tokyo Jungle in the West is digitally! This is a game set in a post-apocalyptic Japan, but instead of playing as a badass, you play as an animal! It is a fun and weird game and one that is available on PS Now. But, once the store closes any chance of actually owning this game is going to be gone.

Demon Souls is the game that started it all! What is interesting about this is that you may think you can just go to a used game store or eBay and buy a physical copy. Well, those physical copies are getting harder and harder to come by. If you want to play the original Demon Souls, the digital version for the PS3 is the most affordable way for you to do this.

The InFamous series is a fantastic set of games that does not get enough love. InFamous: Festival of Blood is a digital only game that takes Cole and puts a vampire/supernatural theme on his world. This is awesome stuff indeed and it is just so much fun. Unlike the other two InFamous games that were released on the PS3, Festival of Blood has never seen a physical release.

Jojo’s Bizarre Adventure: All-Star Battle is a 3D fighting game and one of the most over the top in the series, which is really saying something. Not enough people have enjoyed this and it is one that is well worth adding to your collection before it is too late. It may not be the deepest fighter, but it more than makes up for it by being an absolute blast to play.

Persona 2: Innocent Sin was released for the PSP and it is actually a remaster of the PlayStation 1 game. It is a very solid RPG and one that playing now certainly has a real “old-school” feel to the way it is made. This is one of those games that many people will probably not bother with during the dying days of the PSP/PS Vita store and then a few years down the road wish they got it when they had the chance.

Next up we have Xenogears which is part of the PlayStation Classics line on the PS Store. This was a tremendous and game changing RPG when it was released on the PS1. These days a physical copy is highly sought after so take advantage of being able to get this digital version while it is available as it is not uncommon for the physical version to go for a couple of hundred bucks!

PS1 Classics No matter what you play this on, Suikoden II is a game you have to get now while you can. This is a PS1 RPG that picked up a real cult following and a physical copy these days can easily go for 400 bucks! This digital version that you can play on your PS3 or PS Vita is by far the most affordable and convenient way that you can enjoy this amazing JRPG.