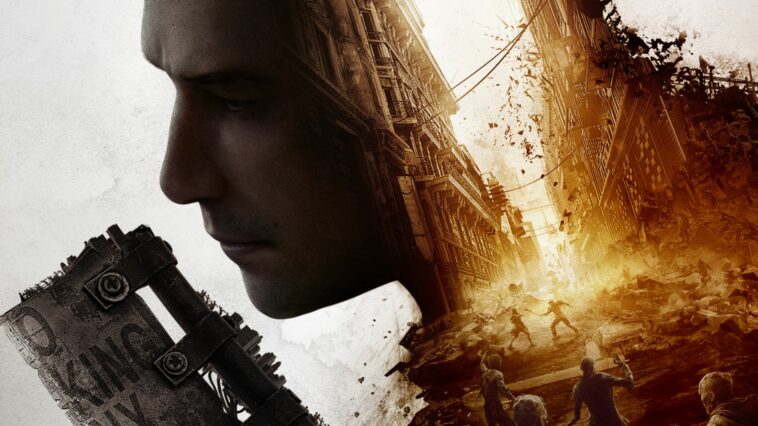 Dying Light 2: Stay Human is one of those games that feels like has taken forever to come out. I loved the first game, even if it was very difficult! The sequel is looking to expand on it in pretty much every way and it looks to be one of the most exciting games released this year. I am so excited about it that I thought I would share with you the Dying Light 2: Stay Human!

The Release Date & What It Is On

The release date was quite recently revealed to be December 7th, 2021, and from what I can tell this is a worldwide release date. PC owners can choose between Steam and the Epic Games Store. Dying Light 2: Stay Human will also be released for the PlayStation 4, PlayStation 5, Xbox One, and Xbox Series S/X.

There Will Be Special Editions Available

You can purchase the game either physically or digitally and you can get a few pre-order skins as bonuses if you want. However, Dying Light 2: Stay Human has some pretty interesting special editions that are worth looking at. The Deluxe Edition comes with various skins, a steel book, story DLC, and a bunch of digital items including a soundtrack and a comic book. There will also be The Ultimate Edition and The Collectors Edition. Now, these are basically the same, but the Ultimate Edition is digital-only. The Collectors Edition comes with all the stuff the Ultimate Edition does, but some other physical items as well.

Mankind has lost the battle with this zombie-inducing disease, but in Dying Light 2: Stay Human there is a bit of hope! You play as a wanderer who has a strange and mysterious past that you are trying to uncover. However, you also could very well be the key to change the fate of the city! For an open-world zombie, game, the premise sounds really cool and I am very interested to see where the story goes. It can be hard to make a zombie story interesting, but this game looks like it will be able to pull it off. You get to make various choices in the game and these will shape the future of the city as well as your relationships with various characters and factions.

One of the best parts of the original game was the way you moved around the city. You were much more athletic than you usually are in a game of this style and that is continuing with Dying Light 2: Stay Human. The game still has the day and night cycle, so you can explore during the day using your parkour skills to move around and explore harder-to-reach areas. Then when the night comes, all the monsters are out and you need to use your skills to run away! The world is going to be very large and exploration is greatly encouraged.

You can even bring your friends along for the ride as well. One of the features that is going to be a great deal of fun is playing Dying Light 2: Stay Human with your friends. You can hook up with up to three of your friends and take part in some four-player survival action. The thing with this game is that the way you play will probably be very different from how your friends do so trying to work together and use your individual skills will be key.