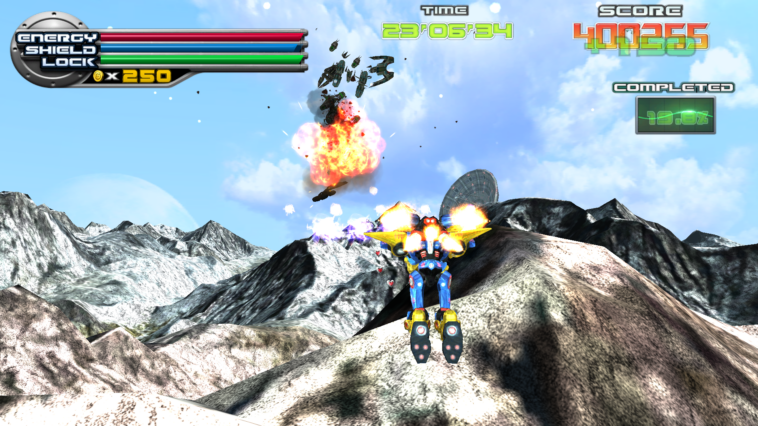 While it did not exactly set the world on fire those that played the ExZeus series on the PlayStation 2, Nintendo Wii, and PC back in the day had a great time. These two games were fast-paced and very exciting rail shooters and just so much fun. In a move that pretty much came out of nowhere, the ExZeus and its sequel ExZeus 2 are coming back to modern platforms.

ExZeus: The Complete Collection is going to be released later this summer for PlayStation 4, Xbox One, PC, and Nintendo Switch. The idea of the first game is that there is an alien invasion that is threatening Earth and only you and your mech can stop it! The sequel takes place over 100 years later and once again features a threat from outer space!