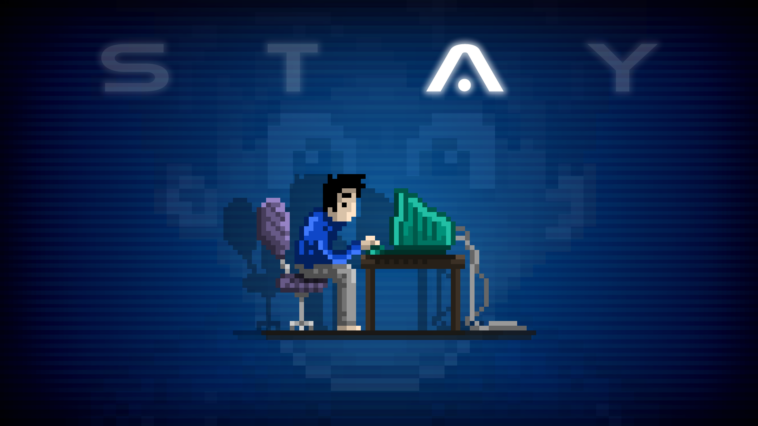 Stay is a new title for the Xbox One and PC, where the player is tasked with helping out this young man, Quinn in this impossible situation. Quinn has found himself locked inside this scary room and has access to nothing more than a computer, with access to an instant messenger platform; which just so happens to be in contact with you. Stay uses some interesting ideas, but doesn’t exactly do everything perfectly, and as such, here are the 5 biggest negatives that Stay just hasn’t been able to avoid.

The game starts out with you and Quinn having a frantic conversation, trying to figure out what is going on and how Quinn can escape this horrible situation. As time goes on, you and Quinn become closer and develop a bond to make him trust you that much more. Unfortunately, though, you quickly come to realize that Quinn is not a likable individual at all. While it is completely understandable that Quinn is in a deeply harrowing and depressing situation, but Quinn at no point warms to you as a character, and even times such as these, he just comes across as a very unlikeable individual that at no point gets any better.

Throughout the entirety of the game, Quinn is going to ask you a lot of questions and you are going to do the same, all to build some sort of relationship between the both of you. As events transpire, however, it quickly becomes apparent that the young man doesn’t really want your opinion on most of what’s going on and would rather you simply agree with whatever he has to say. At no point are you really given the option to disagree with Quinn, because if you choose to do so, you then lose some of your trust levels and it makes matters worse in the long run. Once again, it chimes into the fact that Quinn isn’t very likable.

In this game, you’re expected to pick from one of 2/3 different options depending on the question, and unfortunately what that conveys to the player is that there is only one right option and very little else on offer as well. The developer wants to convey the depression, loneliness, and horror that Quinn is currently going through, but with the limited amount of options you have available to you, you simply don’t have the right options to deal with these complex emotions and it makes them even harder for the game to convey. Failing to convey these emotions is partly what makes Quinn so unlikeable at times and if there were more options in terms of choice, this might have been avoided, but unfortunately, that isn’t the case. Hopefully, if the game gets a sequel then we will be able to see something more accurate and choice-driven, as a game such as this scope should be.

To break up the monotony of the game effectively being a text-adventure, Stay occasionally throws some puzzles your way to lightening up the gameplay, and while it is designed to take a break from the pure narrative-driven elements of the game, it only comes across as a nuisance at times. The puzzles start off relatively simple enough, but they don’t stay that way for long and quickly become a big frustration, especially if you just want to get to the next section of the game and its story. You can’t escape the puzzles and the deeper you get into the game, the harder and more frustrating they seem to become and that’s what really puts a damper on the whole experience. From beginning to end, the story is a highlight of the game, along with its narrative, but the painstaking puzzles that you can’t avoid really put a damper on the game in a bad way.

Stay has you make a number of different decisions during any playthrough, some of which might progress the story, some might have him lose some trust in you, and some might just end up killing him – literally. Unfortunately, him dying isn’t consequence enough apparently, because the game also has you redo the entire chapter again, even if you’re super close to the ending of it. There’s no form of checkpoint system and the game doesn’t seem to save your progress when you die, so you’re forced to start all over again from the beginning of the chapter and there’s really no need for it. The likelihood is, if you’ve just died, you’re likely going to make the same exact decisions all over again, up until the point where you died. With that in mind, there is absolutely no reason to redo the entire chapter. What makes this all the worse is the fact that even the puzzles get reset, so that frustrating puzzle you might have spent 30 minutes trying to complete just got reset, and if you can’t remember how you did it the first time, it’s really going to spoil your experience with the game as a whole. Overall, Stay definitely has some flaws here and there, but it didn’t stop the story and general narrative from the game from being a good experience in total. By any chance you can look past these 5 small problems that the game has, you’ll be able to enjoy a truly intriguing title that does its best to explore a situation that no one would ever even fathom having to endure.