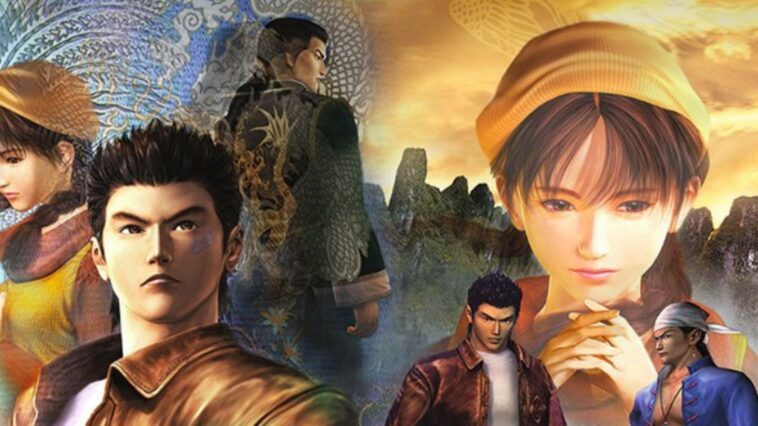 While many eyes are understandably on next year’s Shenmue III. Before that, Sega and developer d3t have teamed up to bring us Shenmue I and II HD. This set features both games that were originally on the Sega Dreamcast. Shenmue was actually a popular game, the problem was not enough Sega Dreamcast’s were in homes to make that money back. Shenmue II would be ported to the original Xbox and many people see that as the superior version.

With this HD lick of pain. A new generation of gamers is getting to experience what all the fuss is about for the first time. As well as this it is a great chance for long-time Shenmue fans to experience the game without a Sega Dreamcast sounding like a jet engine as it plays it.

Shenmue: What Is The Story?

A huge part of the appeal of Shenmue is the story that was created. Shenmue is a revenge, mystery and even a little bit of fantasy story all rolled into one. The player takes control of Ryo Hazuki, who upon returning to his family dojo finds his father in an argument over the location of a mysterious stone. Ryo tries to intervene but ends up beaten and his father has to give up the location of the stone…… and also his life. Ryo sets out to find out who these men are, what they wanted with this stone, and to get revenge for his father’s death. I have given no spoilers here as honestly even with the rather dated voice acting, Shenmue is a tale that is worth experiencing without any spoilers.

The story is fantastic and it is actually set in the ’80s Now these days setting a movie, TV show, or game in the 1980s is the done thing. However, this was a pretty fresh take at the time and another thing that helped Shenmue stand out from the crowd.

Shenmue I & II Negatives vs Positives

Here I am going to look at five things that are not so great and five that make Shenmue I & II a worthwhile purchase. I

Shenmue I & II: The Negatives

Both Shenmue games are very story-driven and I would say that the story is a huge part of the game. The problem is while the game has been given a nice HD shine, the cut scenes are still all in 4:3 aspect ratio. You can choose between 4:3 and 16:9 for the main game, but no matter what you pick the cut scenes are not full screen.

While d3t worked wonders with the game’s visual presentation their hands were tied when it came to the sound. Shenmue I & II on the Dreamcast do not have the best sound quality and that has carried over to these HD versions. You get used to it after a while, but it is still kind of annoying. One way around it is to have the Japanese audio (which sounds way better) and English subtitles.

Shenmue may not be as large as Grand Theft Auto, but you could still call this an “open-world game” even though the world is not that big. Modern gamers may be surprised at how little hand-holding there is in Shenmue I and II. It is a game that encourages exploration, talking to people, and paying attention. If you are used to a big arrow telling you where to go, you will be disappointed.

Granted I never experienced this on the PlayStation 4 as much as Xbox One owners have been, but there have been many people talking about general issues with the game. Cut scenes playing and there being no video, frozen screens, game crashing, and so on. A patch is surely incoming that will fix these issues, but for those of us playing the game right now, crashes and missing out on parts of the story is very frustrating.

Ok so this one may be a bit harsh, but Shenmue I and II HD are not remakes. This means that all of the modern gaming conveniences that modern gamers have come accustomed to are not here. This plays just like it did in the early ’80s on the Sega Dreamcast and for some people that may be an issue. The quick-time events, the sometimes frustrating exploration are all things that people loved back in 2001, but 2018 may not be everyone’s cup of tea.

Shenmue I & II: The Positives

Even with the issues that it has, Shenmue I & II has a lot going for it, and here are some of the things that I feel make the games great.

I touched on this before, but Ryo’s story of revenge and discovery is one that really does stick with you. A great example of Chinese cinema is the way I have heard it described. I do not know about that, but I do know that Shenmue gets you so invested in getting revenge on your father’s killer that it is hard to put the controller down.

It is easy to overlook the visuals in both games, but d3t did a wonderful job with the game’s visuals. Even if you play this on a 4K TV you are going to be amazed at how good a job they did making a game that is the better part of 20 years old look so good. There are next to no jaggy edges and things like water and the sky look far better than I ever imagined it would. A lot of care clearly went into making both games look as good as possible.

3: Best Of Both Worlds

Shenmue II was also ported to the Xbox and that version had some things that made it better. Graphics for example, but it also had some weird things like a strange “effect” when you were in combat. Well rather than just port one of the versions, it is like they took the best parts of each version of Shenmue II and used that for this set.

As I write this Shenmue I & II is a budget-priced title. I really think this is one of the best deals out there at the moment as both of these games are a lot of fun and well worth playing. If you are looking for a lot of bang for your buck, you will certainly find it here.

Ok so maybe there is still some loading, but the load times Shenmue I and II had on the Dreamcast was brutal! It made exploration sometimes a bit of a chore as going from one area to another would be accompanied by a long load time and your Dreamcast making a ton of noise. Thankfully the load times when you are in-game are incredibly short, if you have played Shenmue on the Dreamcast this is one thing you will really appreciate.

Is Shenmue I and II HD Worth It?

I will say that if you loved Shenmue on the Dreamcast and Xbox, you will really love this package. New fans to the series may take a little while to get used to the game’s “product of its time” gameplay. The story though is strong enough that it does make you want to stick with it and I think that may be enough to keep those new players hooked and get used to the gameplay. As far as HD remasters go, Shenmue I and II are very, very well done plus they are asking very little money for this and I do feel that it is well worth adding to your collection.