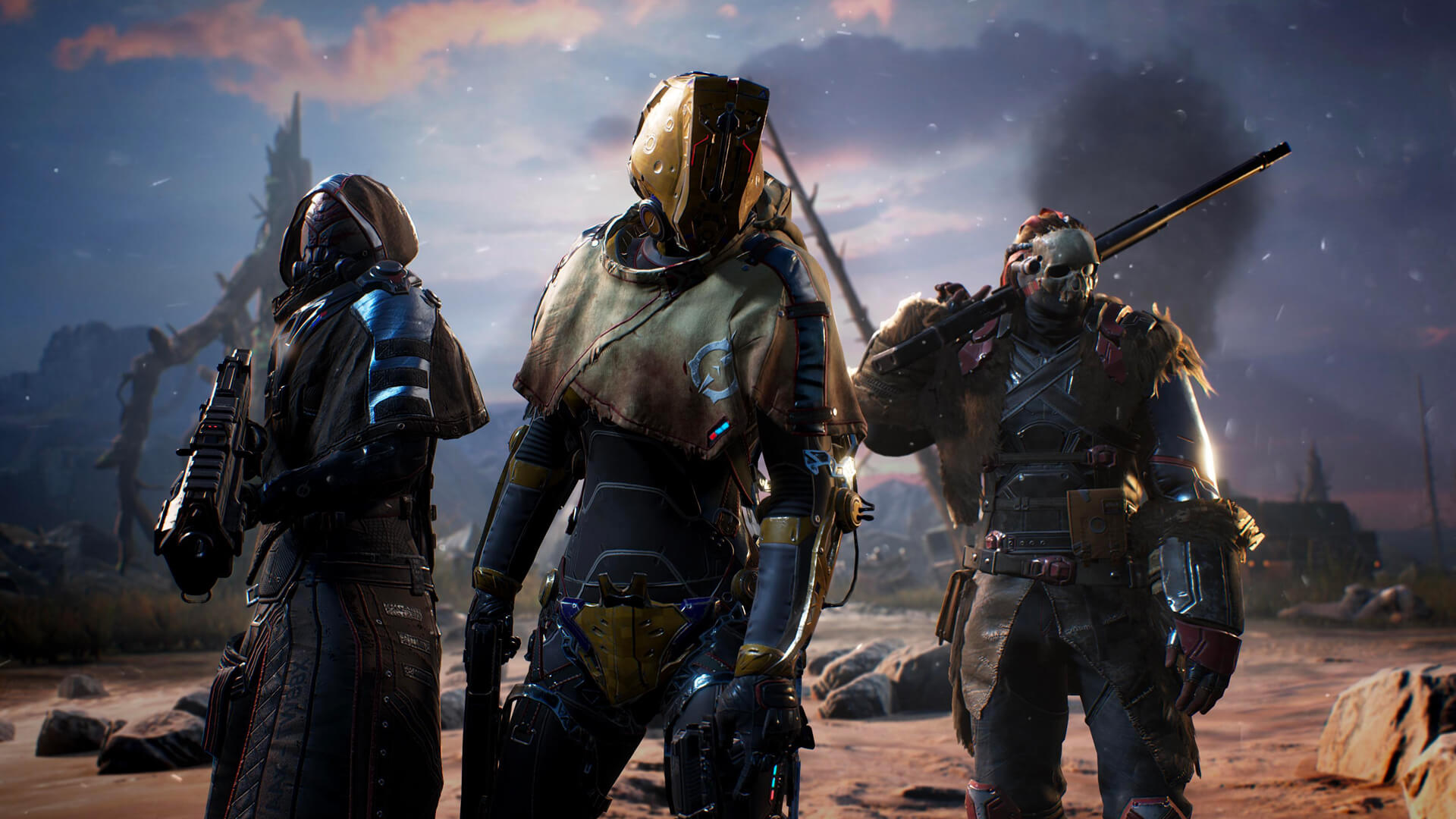 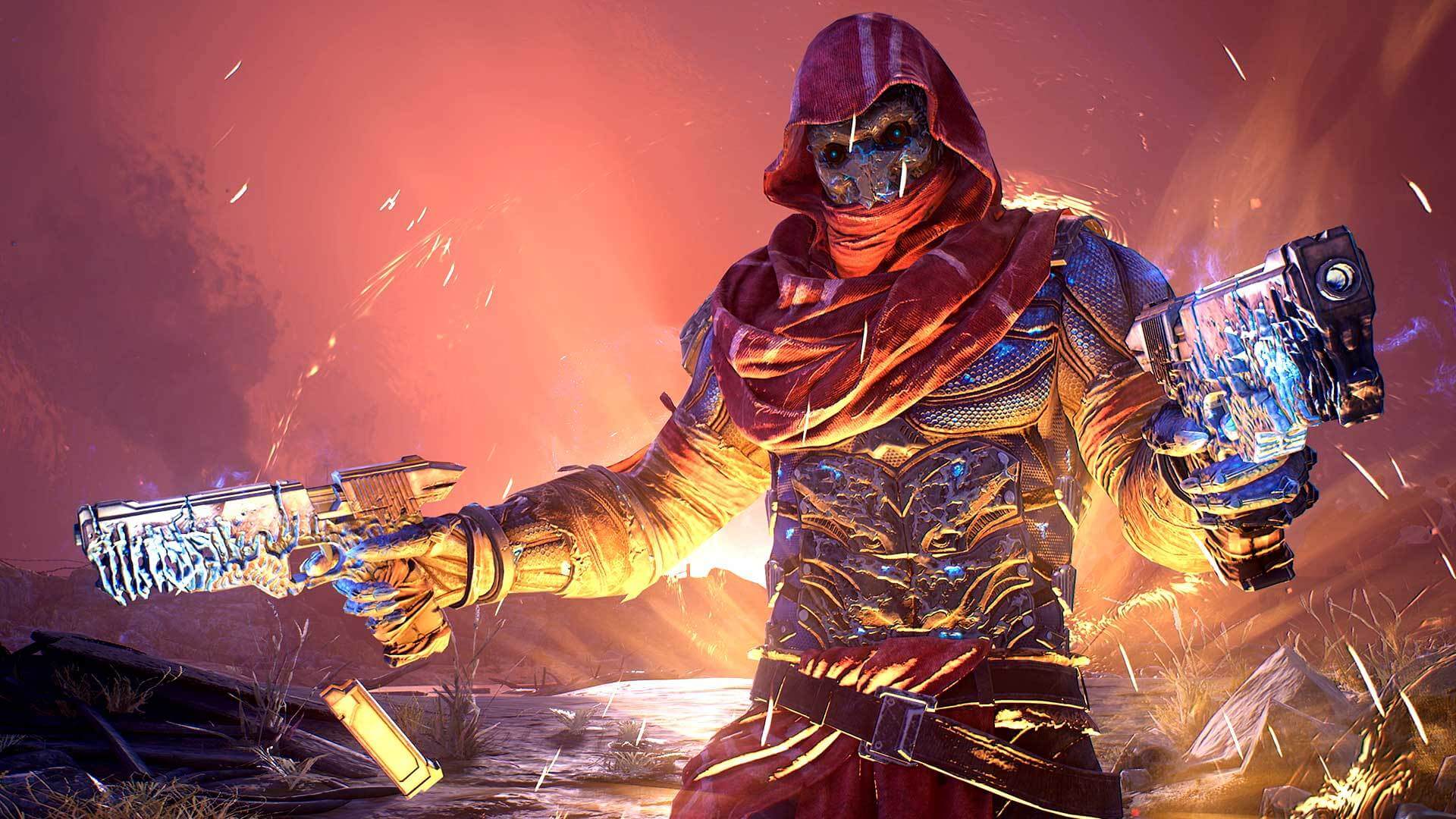 Square Enix and developer People Can Fly have confirmed that Outriders which is scheduled for release on PlayStation 5, Xbox Series X, PlayStation 4, Xbox One, and PC via Steam at launch, is delayed from its original planned release date of February 2 to April 1. But to smoothen the blow they have now announced that a free demo featuring the first few hours of the game will launch on February 25.

The reason for the delay is that both Square nix and People can fly feel that they need to spend this extra time fine-tuning the game and focusing on delivering a fantastic play experience at launch. 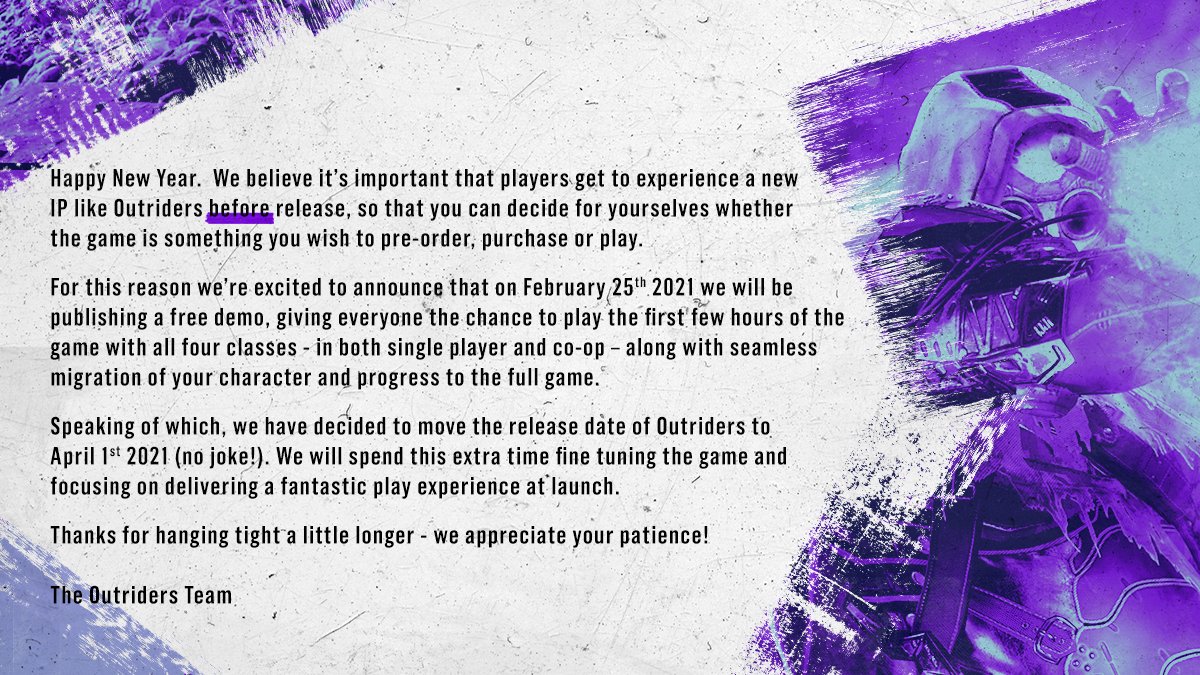 I guess a lot of companies are using the Cyberpunk 2077 example for any massive releases know so are not gonna hesitate to release a buggy game that could potential tarnish the companies name.

Personally, I was actually looking forward to this game next month as I like the cross-play across everything aspect of the game but I am always happy to wait for a more polished experience.