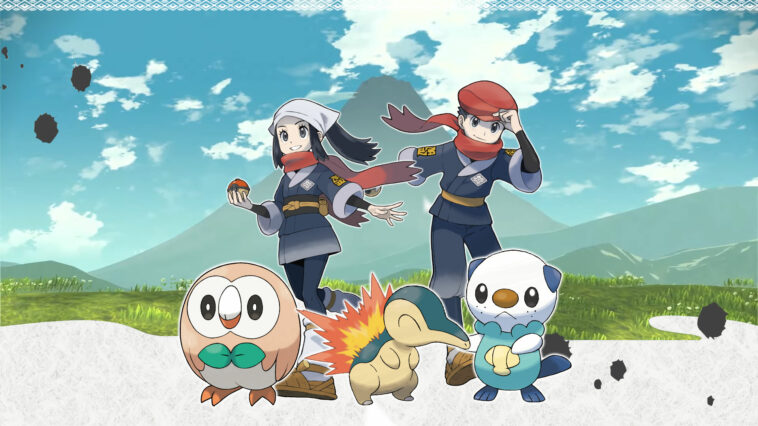 Game Freak and The Pokémon Company showed off some new details about the upcoming Pokémon Legends: Arceus for the Nintendo Switch. The game is scheduled for a January 22nd release on the Nintendo Switch and in Pokémon lore, it is the “first” game.

They showed off the Hisui region which may look familiar and that is because it is what would ultimately become the Sinnoh region and back then humans and Pokémon living so close together was not the norm. The new footage showed that we will head to a place called Jubilife Village and is this going to serve as our base as we head out on various missions to capture Pokémon! It looks like a lot of fun, but many are questioning if the game will have an epic story like other Pokémon games or if being sent out on these missions is what the game will be about.

It is not a Pokémon game without new Pokémon and they showed off some very cool-looking Pokémon. As the game is set in the past, we are getting some interesting versions of Pokémon that we already know and love such as Hisuian Growlithe which has gotten many people excited. They also showed off, Basculegion and Hisuian Breviary as well.