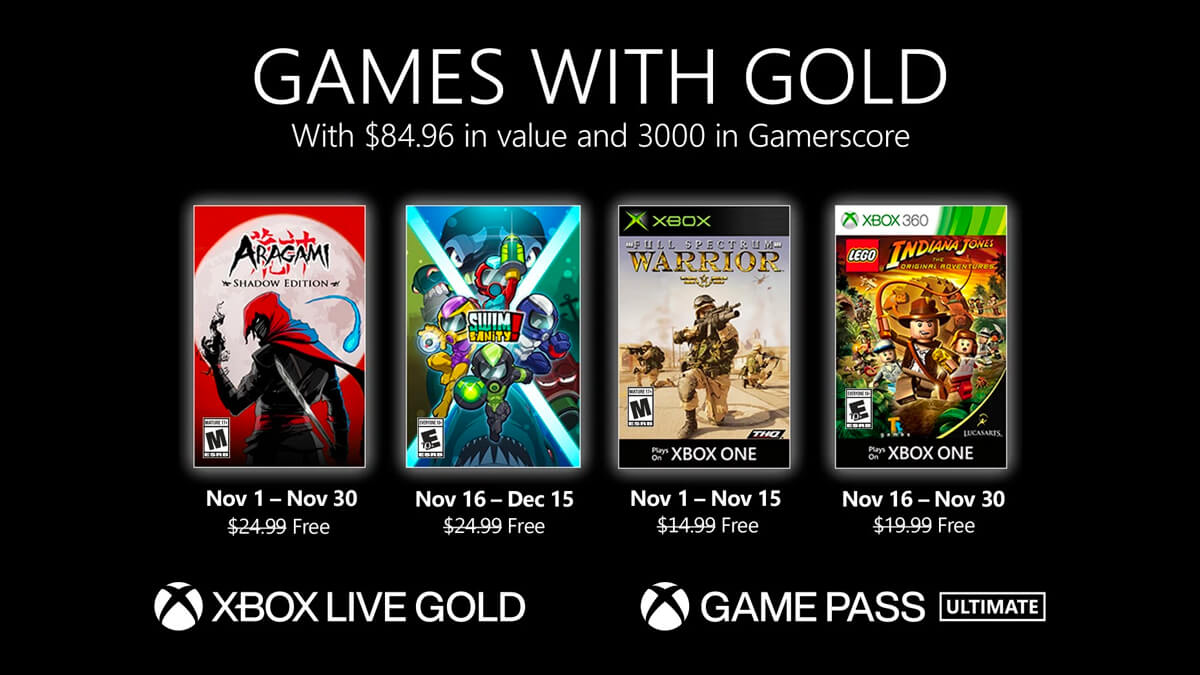 As we close in on November 2020 Microsoft has recently revealed its lineup of free games for Xbox Live Gold subscription so let’s run through it.

First up is Aragami Shadow Edition which will be available from the First of November up until the 30th of November. Aragami is an action-adventure stealth game and I have played this game on the switch and it’s absolutely fun and well worth grabbing.

From November 16th to the 15th of December you will be able to grab swim sanity. Swimsanity! is a multiplayer underwater shooter with action-packed Co-Op and Versus game modes, all supported by online and local play.

This is a game I don’t think I have come across before even though I do believe it is been available to buy since august. Looks interesting but with all the big games dropping in November this might slip into the background.

From November 1 to 15 – Full Spectrum Warrior which was on the original Xbox but available to Xbox One through backward compatibility. Full Spectrum Warrior is a real-time tactics squad-based game in which the player issues commands to two fireteams, Alpha and Bravo. The concept sounds cool and as its THQ behind it I am sure this game was sick and to be fair the graphics haven’t aged that badly in 2020.

From November 16 to 30 – LEGO Indiana Jones will be available to both Xbox 360. This game follows the storylines from the original, first three Indiana Jones films: Raiders of the Lost Ark, Temple of Doom, and Last Crusade. If you are into lego games this is actually another good one from the series and worth grabbing.

All in all, not a terrible list as there is easily something in there for a good portion of gamers but for me, there isn’t really anything worth getting hype for but considering how many big game releases are dropping in November plus the PS5 and Xbox Series I guess we can give Games with Gold for November some leeway.