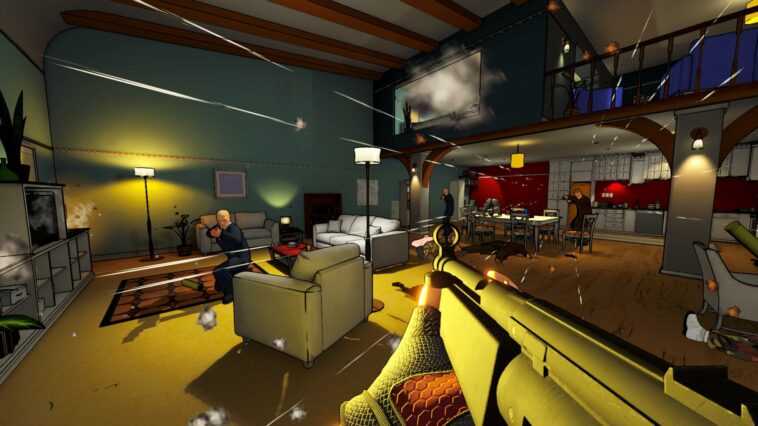 One of the more interesting-looking first-person shooters in 2021 is RICO London which is brought to us by Numskull Games and is being developed by Ground Shatter. This is a ball to the wall, full-on action kind of game that has a very stylish cell-shaded presentation that makes it stand out from the million other first-person shooters that are released this year.

The plot of the game sees you in London on New Years’ Eve 1999. Instead of partying, you and your partner are about to enter a high-rise tower that is full of bad guys and you need to clear it out one floor at a time! With plenty of guns, load-outs to create, and cool perks, this is one shooter that looks like it is going to be lots of fun. It will be released on September 2nd and will be available for PlayStation 4, PlayStation 5, Xbox Series X/S, Xbox One, Nintendo Switch, and PC.