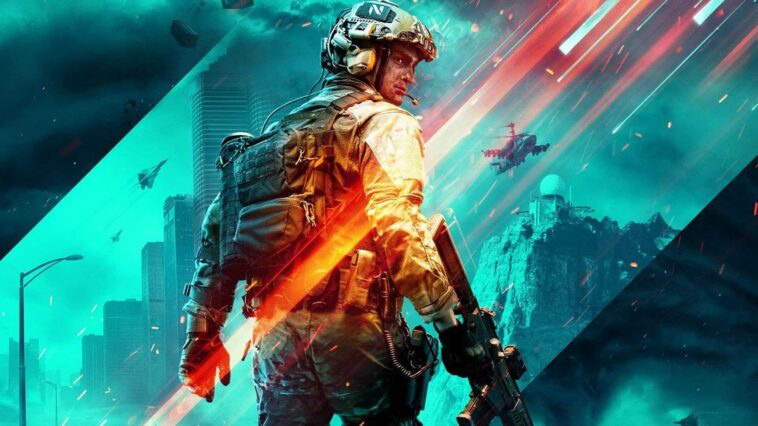 It is more than fair to say that the Battlefield 2042 trailer took the world by storm… quite literally with those crazy storms in the game. DICE looks to have really nailed it with this upcoming game and for many people, it is one of their most anticipated games of the year. Like most huge titles, you have different editions of Battlefield 2042 available which is why today we are asking the question, Battlefield 2042, what edition should I buy?

The first thing we need to talk about is the pre order bonuses that come with every version of Battlefield 2042, no matter what one you get. If you pre order the game, you get early access to the open beta, a Baku ACB-90 Epic Melee Takedown Knife, a Mr. Chompy Epic Weapon Charm, and a Landfall player card background, and an old guard tag.

The first thing we need to address here is the price. The Battlefield 2042 Standard Edition will cost you £10 more if you buy it on PlayStation 5 or Xbox Series S/X. The price for these versions is £69.99 whereas the price for last-gen, PS4, and Xbox One is £59.99. For the digital people those with ea access or play can potential get 10% off on the Microsoft store. And physical purchasers the price seems to be slightly cheaper currently on amazon or even more cheaper on base.com so if you do shop around im sure you can get it cheaper than the official retail price.  The Standard Edition comes with the base game and that is all, plus the stuff you get for pre-ordering. This is probably the version of the game you want if you are not a hardcore Battlefield fan.

The Battlefield 2042 Gold Edition is priced at £89.99, but if you are an EA Access member, you can save a little money and get it for £80.99, which depending on the price of EA Access at the time, maybe a good deal. In addition to the pre order bonuses, you get a bit more with the Gold Edition. To start with you also get to play the game a few days earlier than those who get the Standard Edition. It also comes with the Year 1 Pass which will include 4 new specialists, 4 new battle passes, and 3 epic skin bundles. It basically has all you need for the first year of Battlefield 2042. Also, this is a cross-gen release, meaning that if you bought the PlayStation version, for example, you get both the PS4 and PS5 versions of the game.

As you will already have guessed, the Battlefield 2042 Ultimate Edition is the most expensive version of the game. It is priced at £109.99, but like the Gold Edition, this is cross-gen so if you have a PS4 at the moment, you can play it on there, but if you buy a PS5 later, you will then have access to the PS5 version at no extra cost. If you have EA Access, you can get the Ultimate Edition for £98.99 which is a decent saving. You get all of what you get with the Gold Edition, but the Battlefield 2042 Ultimate Edition does give you more. You also get the Midnight Ultimate Bundle which contains the following items, the Shadow Stalker Legendary Outfit, an Obsidian Legendary Weapon Skin, and an Onyx Legendary Vehicle Skin. You also get a digital artbook and a digital soundtrack.