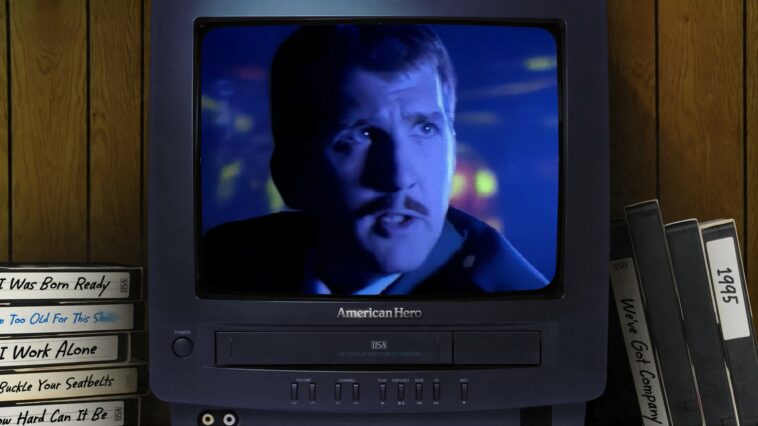 Now, this is weird! Remember the horrible Atari Jaguar CD add-on? The Atari Jaguar itself was a flop, but man the Atari Jaguar CD was the ultimate failure. A poor very small lineup of games, not to mention major issues with the thing actually working made it the final nail in the Atari Jaguar coffin. Still, there is a dedicated fan base and many people have dug up games that were supposed to be released but ended up canned and that is where American Hero comes in!

This was going to be released as an Atari Jaguar CD game, it is an FMV style game where most of the game has you watching a movie and then you get to make choices here and there, you have to be quick or it is game over. Think of stuff like Road Avenger or even the Power Rangers game on the Sega CD and you will have a good idea of what American Hero is all about.

This was supposed to come out in the 90s and be a parody of all the 80s action movies and TV shows that we loved. The funny and neat thing now is that this is now a parody of itself too as it is just so 90s that you cannot help, but get a kick out of it. The game stars Timothy Bottoms as the American Hero who is tasked with stopping a deadly virus being unleashed on the water supply in Los Angeles.