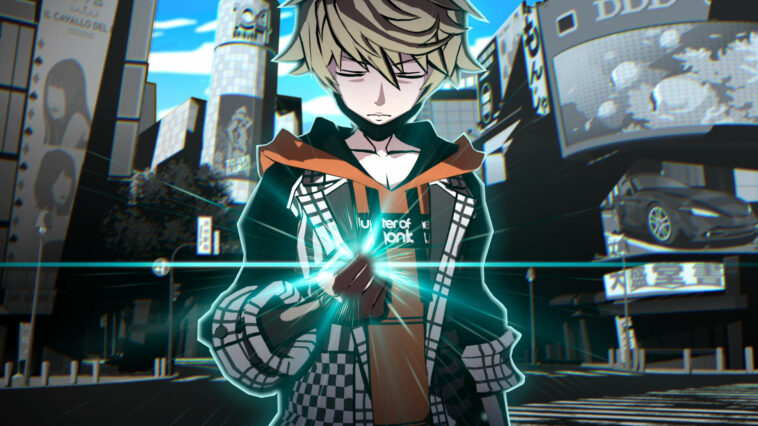 Neo: The World Ends with You has a very interesting battle system. Each member of your team is controlled with their own button. You can actually press more than one button at a time so button mashing is actually encouraged! By doing this, all your team members will attack at the same time, dishing out more damage. You also need to keep an eye on the percentage icon at the top of the screen, this is your Groove Percentage and once it reaches 100 percent, you can unleash a devastating attack, this is best saved for trickier opponents.

In some RPGs, it can be tempting to hold onto your money as long as possible with the thought that something great may come along. In Neo: The World Ends with You, you want to start improving your characters as soon as you can so do not be scared to spend money early on. You can get gear upgrades and pins that will give you stat boosts. Also, food is very important in this game as food gives you various buffs, but what is cool about this is that these buffs are permanent!

You Have To Unlock The Ability To Change The Difficulty

If you read anything about Neo: The World Ends with You, you will come across the word “pin” a great deal. Pins in Neo: The World Ends with You are very important and there are over 300 of them in the game! Pins are what enable you to deal with enemies in a fight. Pins give your characters abilities and what they offer will differ from pin to pin. What is important to note is that your pins level up as you play so it is a good idea to switch them out and play around with them so that you have many pins that are of a higher level. Pins do not take long to level up so be sure to change them once you have mastered them so you have as many mastered pins as possible.

You Have To Get Used To Dodging

As Neo: The World Ends with You is an action RPG, the battles are much more intense than what you get with a turn-based style of RPG. The HP system in the game is interesting in that it is for the whole team, not just an individual character, so swapping out characters when they take damage does nothing! This is where dodging comes into play, on the Nintendo Switch you press B, and on the PS4 you press X, doing this lets you dodge out of the way of an attack and it also gives you a split-second of invincibility.