As the name Taxi Chaos suggests, Crazy Taxi is clearly a massive inspiration for this game. I played a ton of Crazy Taxi on the Dreamcast and I even liked the two sequels (and the knock off, Simpsons Road Rage) the thing is the stuff that has come out in the last decade or so has sucked. Thankfully, Taxi Chaos looks like it is looking to the good Crazy Taxi games as its inspiration.

Today we are looking at the 5 things you should know about Taxi Chaos!

Where And When Can I Buy The Game?

Over at the official site they still just have February 2021 listed. However, if you do a bit of digging around, Nintendo and Sony both have the game listed as being released on February 23rd, 2021. The game will be released on PlayStation 4, Nintendo Switch, and Xbox One. Interestingly, only PS4 and Switch have physical versions of the game listed. The PS4 and Xbox One versions of the game will be playable on the PlayStation 5 and Xbox Series X/S thanks to backward compatibility. 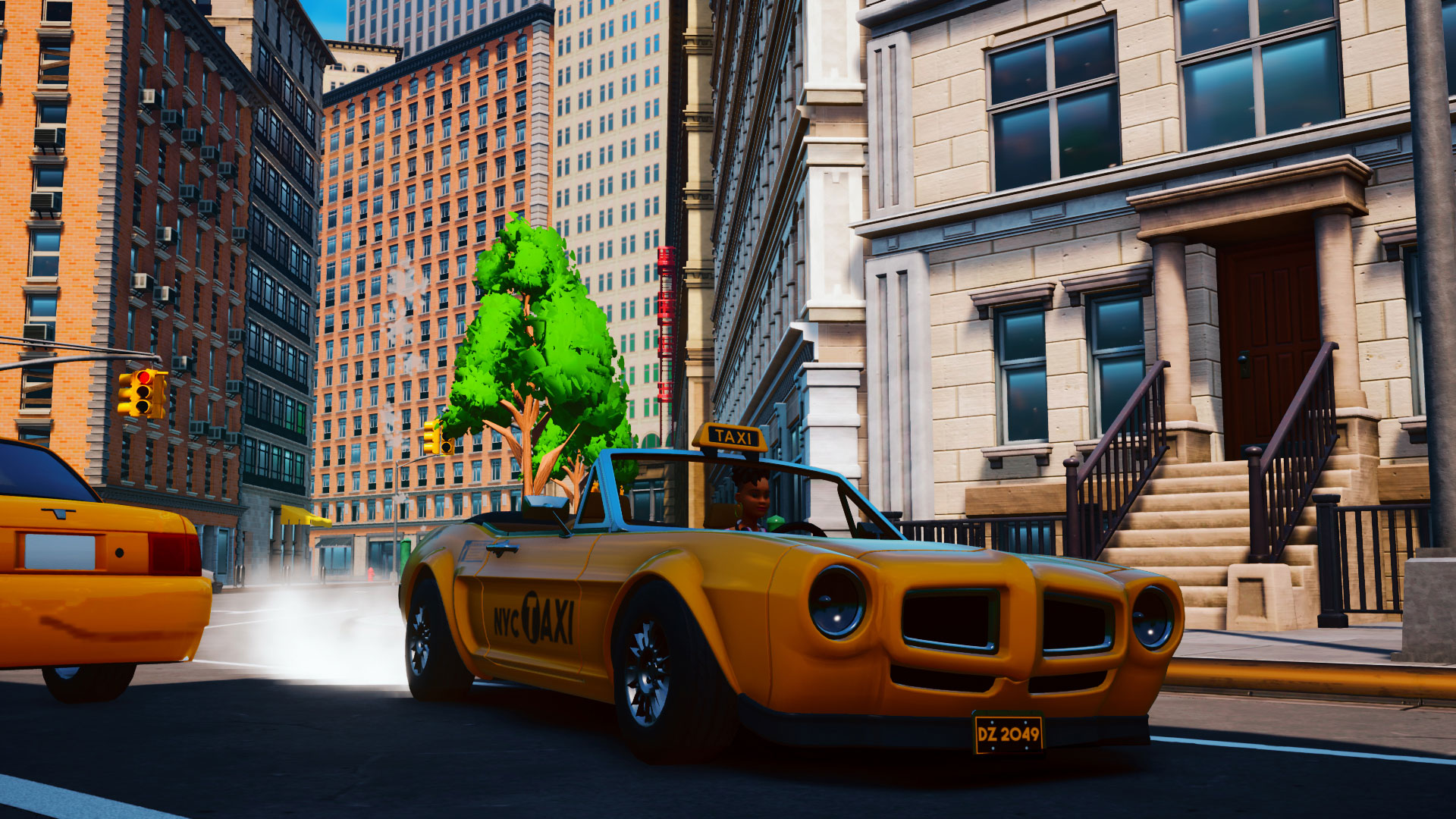 Sega Are Involved… Kind Of

Sega went straight for the throat when The Simpsons Road Rage was released, but they have mellowed out a bit now and Sega are actually cool with this game. The reason we know this is that Sega are actually publishing Taxi Chaos in Japan. In Europe it is Mindscape and, in the USA, GS2 Games are putting it out. The Sega link is really cool and if you are a hardcore Sega fan, having the Japanese version in your collection with the Sega logo right next to your Crazy Taxi games would be really neat!

Time To Make Some Crazy Money!

The gameplay on offer here looks to be just like it was back in the original Crazy Taxi games. You need to drive around a place called New Yellow City. The city has a lot of diversity and the way you play the game is by picking up a passenger and then taking them to where they want to go. The way you do this depends on your playstyle, but you are working against the clock, so no messing around, get those people where they need to go! Not only can you drive like a maniac, but your taxi can also jump!

Variety Is The Spice Of Life

While we do not have a ton of details about what exactly the game is going to offer. We do know that there are two playable characters. You can play as a guy called Vinny who is a pro cab driver or you can play as Cleo and she is a popular influencer who is dabbling in the world of taxi driving. As well as different characters to play as you also have a selection of cars that you get to zoom around in too. 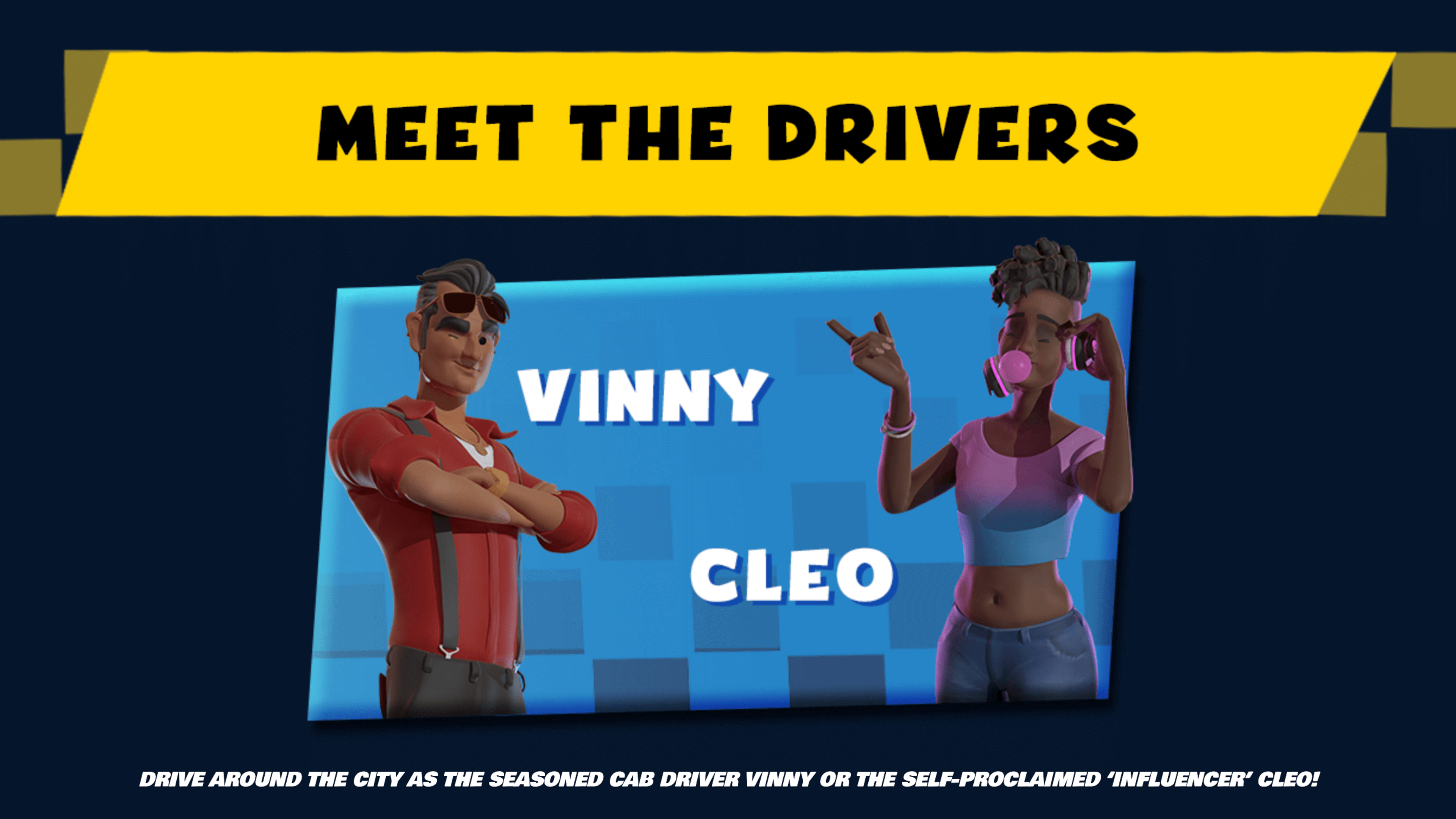 There Are Three Game Modes

Taxi Chaos has three game modes for you to enjoy. There is the classic arcade mode which is basically what you were doing in Crazy Taxi 20 plus years ago. This is the main game mode and where you will probably start. Then we have a Free Roam Mode which as the name suggests allows you to screw around and do what you want, this will be great for learning the layout of the city. Lastly, we have a Pro Mode which is for you to really test your skills with a bunch of fun challenges.