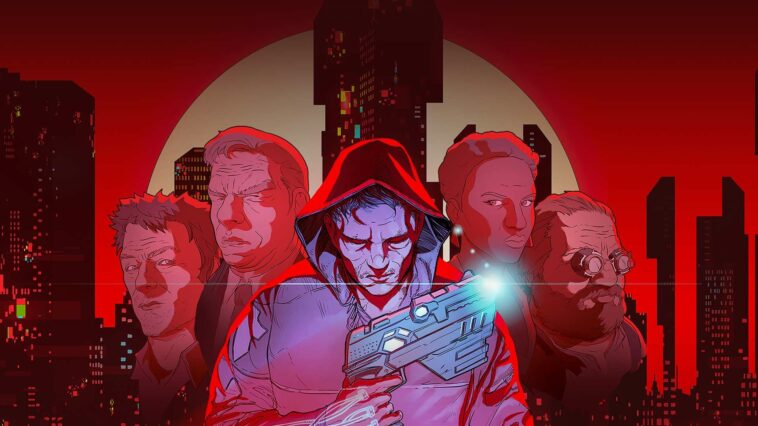 I am always looking for games that have a cool sci-fi setting going on and Foreclosed is one that I am very interested in. This is a game that is not getting as much attention as I feel it deserves and that is why today we are looking at 5 Things you should know about Foreclosed and why this is a game that needs to be on your radar!

When Is It Out & What Is It Available For?

The 12th of August is the planned released date for Foreclosed and that looks like it is pretty set in stone at this point. As for what this is available on, it would be easier to tell you what it is not available for. It is coming out on PC, PlayStation 4, PlayStation 5, Xbox One, Xbox Series S/X, Nintendo Switch, and even Google Stadia. As well as a digital version, there is also going to be a physical version and the physical version is being listed at around 20 bucks for the PS5 version.

It Has An Awesome Cyberpunk Story

What has really drawn me to Foreclosed is the story that the game is telling. We will be playing as Evan Kapnos in a cyberpunk-themed city where humans have all kinds of cyber enhancements. Evan has been selected for “foreclosure” where his access to the city is taken away and all of his modifications are too. You are thrust into this conspiracy as you try to figure out what is really going on and also get your enhancements back and take control of your life.

The Gameplay Is Very Varied!

While they have not shown us all that Foreclosed has to offer just yet. We do know that this is a 3rd person action game, but it is far more than just that. You get to explore the city and other locations as Evan and you can take on enemy’s head-on, use stealth to sneak around, and also make use of your abilities and special weapon upgrades to get you through. There are also QTEs that are there to make the various cutscenes more interactive and keep you on your toes. So far, what we have seen from this game looks like it is going to let you play it the way that you want.

It is probably the visuals that are going to capture most people’s attention at first. The game has that cyberpunk style which is cool, but what sets this apart from all the rest is the comic book cell-shaded style they have used for the presentation. The game looks like the middle ground between XIII and Mirror’s Edge in terms of the visuals. There are also these cool “technological” sections where it is like you are in the Matrix. The whole game looks like an interactive comic book and that is really cool.

It Has A Very Interesting Upgrade System

As this is a cyberpunk game, you will not be surprised to hear that Foreclosure has a bunch of cool upgrades for you to get. These are done in an RPG-style leveling system which is pretty neat. You can get various upgrades for your “brain” which will help improve your stats and give you new abilities. You can also get various augmentations for your weapon as you progress through the game too.