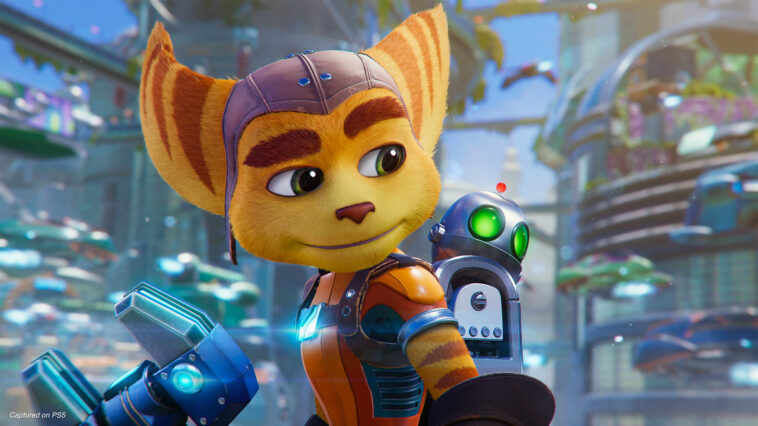 Unless Horizon Forbidden West actually makes it out later this year, Ratchet & Clank: Rift Apart is THE game for the PlayStation 5 in its opening year. Ratchet & Clank made very little impact on the PS4, but they kick off the first year of life for the PS5 with a massive bang. Look, I know we are looking at 5 things I hate about Ratchet & Clank: Rift Apart, but when I say “hate” that is very harsh. Think of these are minor criticisms in a game that is otherwise absolutely fantastic and a must-buy if you own a PlayStation 5.

I Wish It Had A Collectors Edition

Sure, there was a Digital Deluxe edition that came with a digital soundtrack and an art book, but I wish there was a physical collectors edition. A game this gorgeous should have come with an art book. I am sure someone will release a full artbook at some point. However, as the first huge exclusive for the PlayStation 5, I feel that Ratchet & Clank: Rift Apart should have had a physical collectors edition.

The Game Is A Tad Short

I plowed through the game in around 10 hours and this seems to be the average from what I have read. There are plenty of areas to explore in the game and if you want to buy all the awesome weapons and upgrades, you need to do this so you can have the resources to do so. There is a new game plus where you can keep running through the game with your more powered-up weapons. However, the intimal run is so good, that you kind of wish it had a couple more hours to it.

It Is Not Very Challenging

You may be tempted to play Ratchet & Clank: Rift Apart on the easiest setting for your first playthrough, but I would advise against this. This is a game that is very, very enjoyable and just a ton of fun when you play it. If you play on the easiest setting, I feel that as you get to the end of the game, you have pretty much zero challenge. The game is fun, but with that little bit of extra challenge, I think that it is even better.

You Can Sometimes Get Stuck/Hover

Ok, so this happened very infrequently, but it happened enough for me to notice it. When I would be jumping on some boxes or platforms that were piled up, it was sometimes like Ratchet or Rivet would hover for a split second as their character model tried to land on the surface. Again, this did not happen all the time, but I certainly noticed it when it did. To be fair, I think I noticed it so much because of how good and polished the game is.

The Ending Is Real Sequel Bate

No spoilers here or anything, but the ending to Ratchet & Clank: Rift Apart is pretty damn awesome. At the time I was fist-pumping and very happy with how the game came to a close. Once the dust settled though, I realized that they have set it up for a sequel that could be a very long time away. The more I think about it, the more I guess it is a positive that the story was so good I wanted more right away.