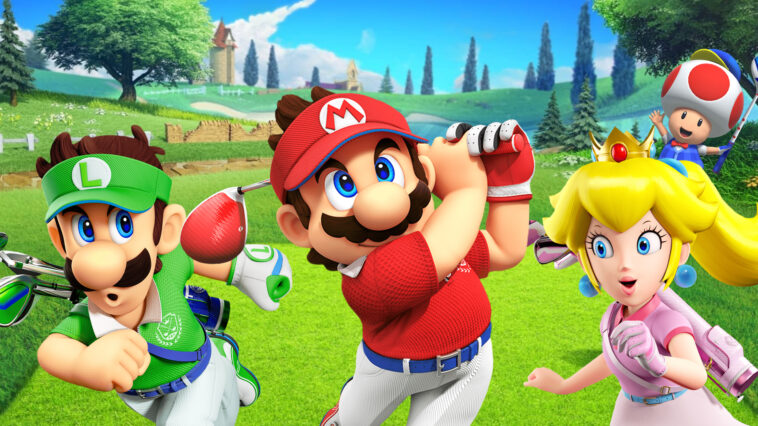 With that being said, here are 5 things I hate about Mario Golf: Super Rush. This is an “ok” game, but there are a few things that had they been worked on it could have gone from being just ok to straight-up good.

The Story Mode Is Boring

Look, no one expected the adventure/story mode in Mario Golf: Super Rush to be this huge expansive adventure, but it is quite surprising in just how flat it all is. You play as a Mii and you are setting out on an “adventure” to be the best golfer around. It has next to nothing to do with iconic Nintendo characters and they serve as mere cameos. I think this was a real missed opportunity, having the story be Mario-focused would have been so much more fun.

Over Or Underpowered Mii!

The thing is, you have to play that adventure mode in order to get your Mii up to scratch. The problem here is that there is no middle ground with the Miis. They are either woefully underpowered or once you have played through the adventure, they are massively overpowered. So, if you have a buddy and want to play together, it is only fair to use your Miss if you have BOTH finished the adventure mode.

A Lack Of Courses

Look, Mario Golf: Super Rush looks fantastic. By a mile, it is the best-looking game in the Mario Golf series and each course oozes charm. From the Wildweather Woods to Bowser Highlands. Each course in the game has that Nintendo style we all know and love. The thing is, Mario Golf: World Tour on the Nintendo 3DS launched with 10 courses and this one here has 6. I am sure there will be more courses added, but as of right now 6 courses feels far too few.

Battle Golf Is A Missed Opportunity

I would say that the majority of attention that Mario Golf: Super Rush has received has been all about the Speed Golf mode and for good reason. Speed Golf is a blast to play, especially when you are playing with friends. The thing is, Battle Golf is another mode that could have been just as much fun. The idea is that four golfers are on a course and they need to get their ball into three holes, the thing is, once a hole has been used, it disappears. This means you have to run and fight to make it to a hole before your opponents. This mode is over way too quickly, plus the AI is super dumb and has no difficulty options!

Look, Speed Golf is where this game is at, playing this with friends is awesome, actually, Mario Golf: Super Rush is a lot of fun when you are playing with friends. The thing is as a single-player experience, this game can get pretty old pretty quickly. It is just lacking the wow factor that we expect from a Nintendo game. This is far from a bad game, but unless you have friends who also have it. You are probably going to see all that it has to offer rather quickly and lose interest much sooner than you would think.